ARA won an invited competition to design new facilities at Arundel’s lido, which has been operating since the 1960s. It has a spectacular site in the crook of the river Arun, looking up at Arundel Castle. The brief called for changing rooms, a café, a gym and a public room. An L-shape in plan, it will create a new space for public events in the car park. The discovery of a Roman villa in Arundel was the starting point for our design, which draws on the history of bathhouses from antiquity. The top-lit, single-storey changing rooms have brick walls that ripple as if seen through water, whilst the two-storey wing containing the ‘civic’ spaces points like an arrow from town to open country. The entrance lies in the crook of these two wings, and leads into a series of elliptical spaces, conceived as a fragmentary baroque progression from a top-lit stair to the gym, and out to the pools. These warm, enveloping spaces embrace the human form in varying degrees of undress through the year. Due for completion in 2020. 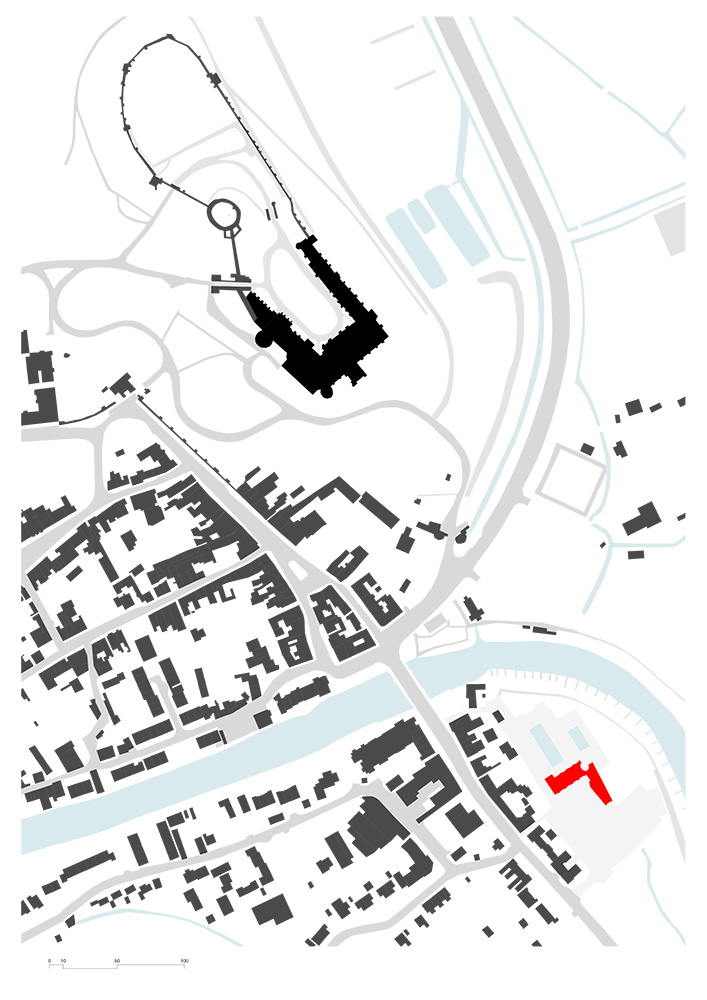 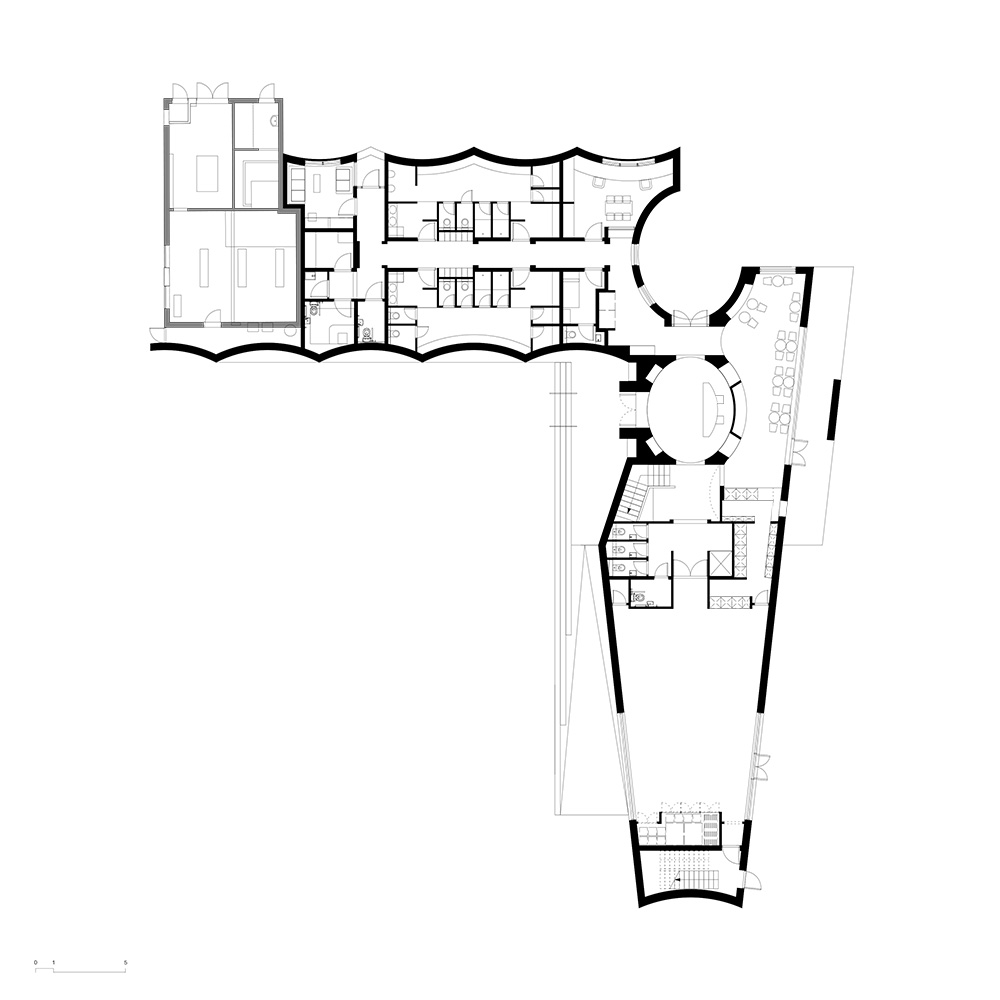 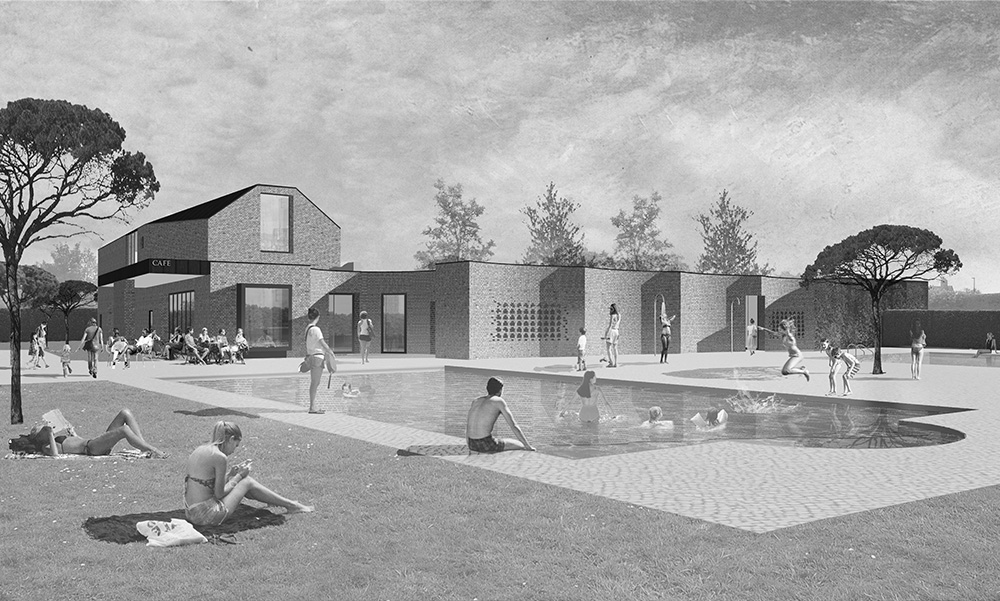