This project is the refurbishment and restoration of a large flat in Highpoint in Highgate, London. ARA were asked to make the space work for modern family life. Berthold Lubetkin’s seminal modernist flats of 1935 are Grade I listed, which necessitated careful negotiations with English Heritage. Mid-twentieth century changes were removed, the old maid’s kitchen was converted into a study, and the dining room opened out to become a large family kitchen. New built-in elements in the kitchen, bathroom and study stand out by the use of a range of colours from subtle khaki to flaming fuscia. A new bookcase was designed as the centerpiece of the flat, based on a 1:10-scale model of a cut through the whole building. 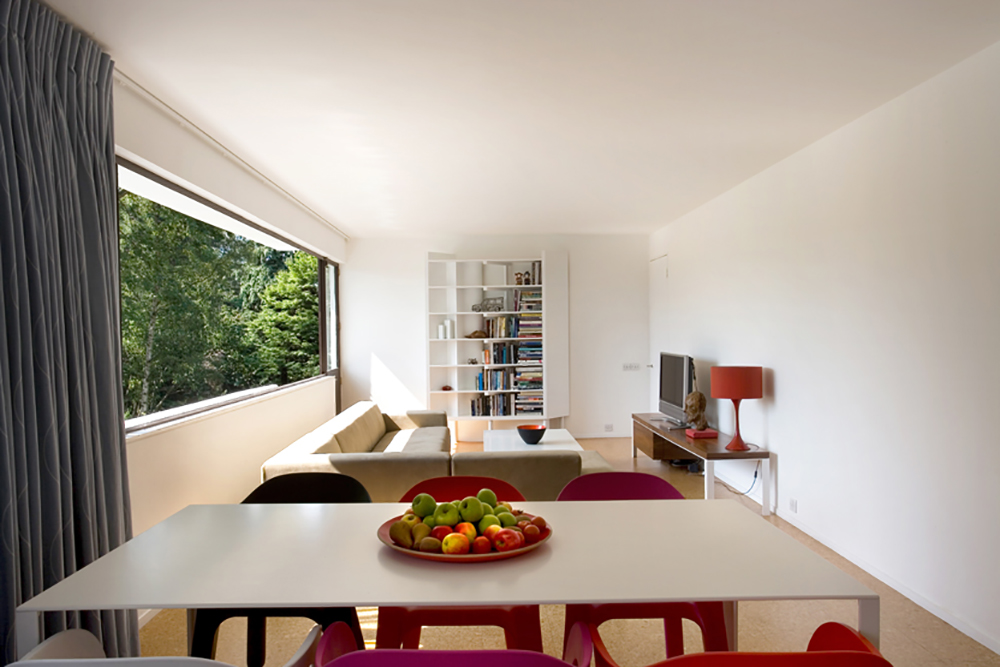 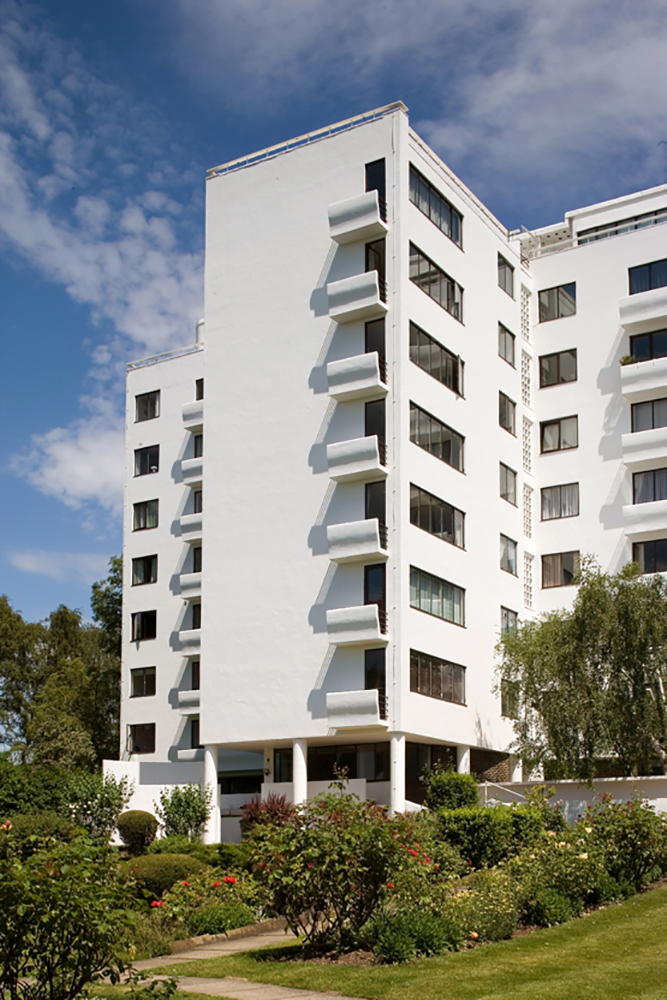 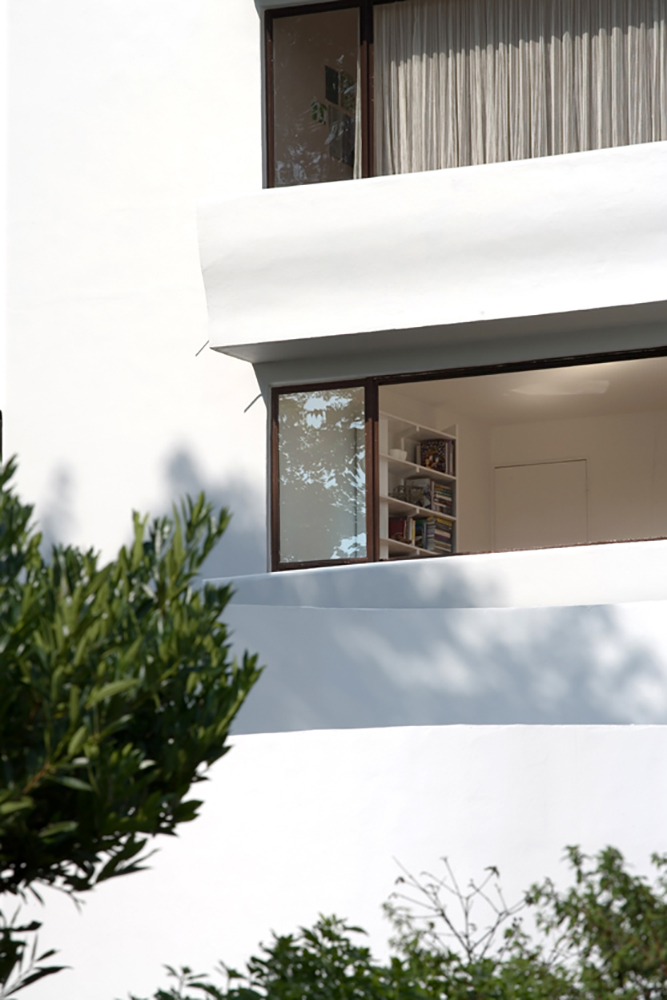 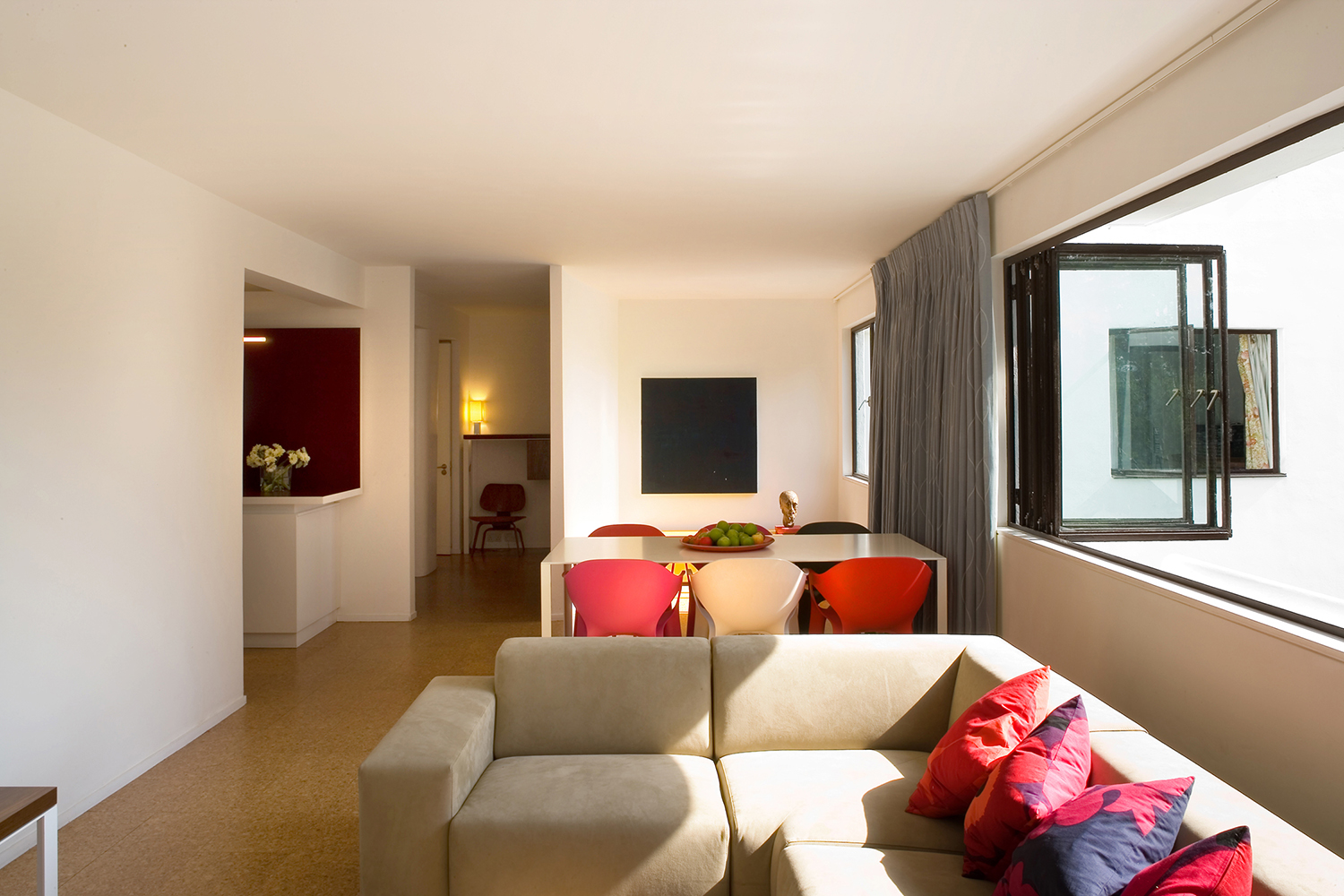 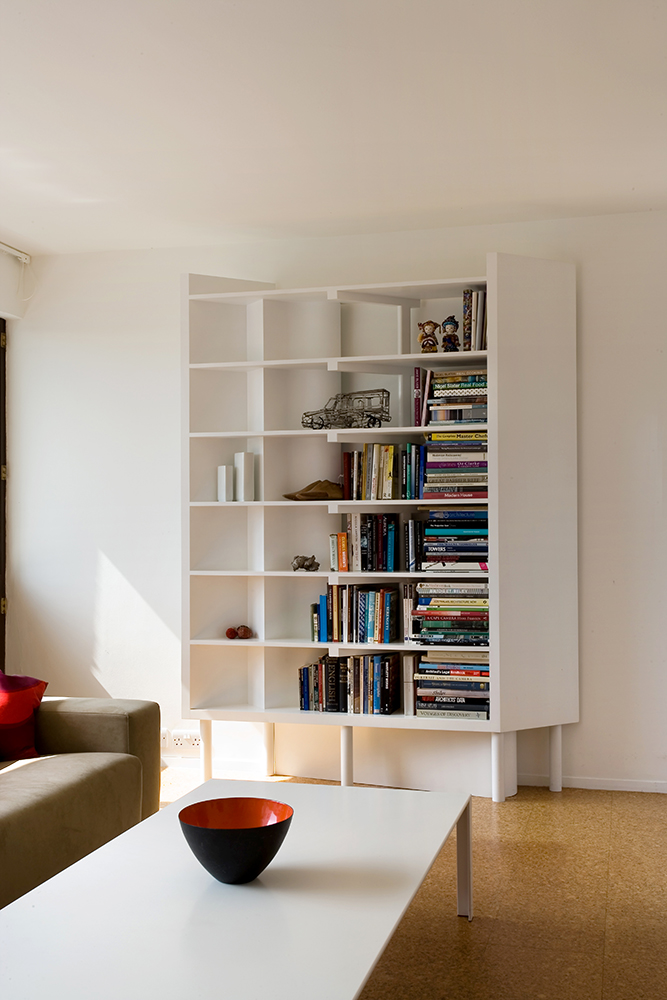 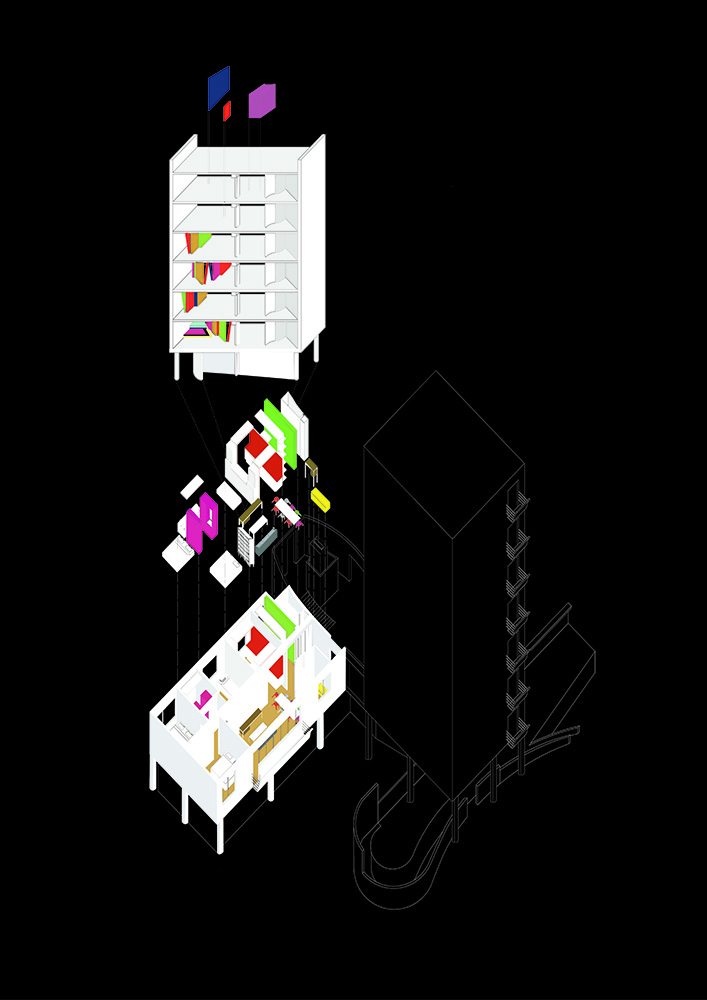 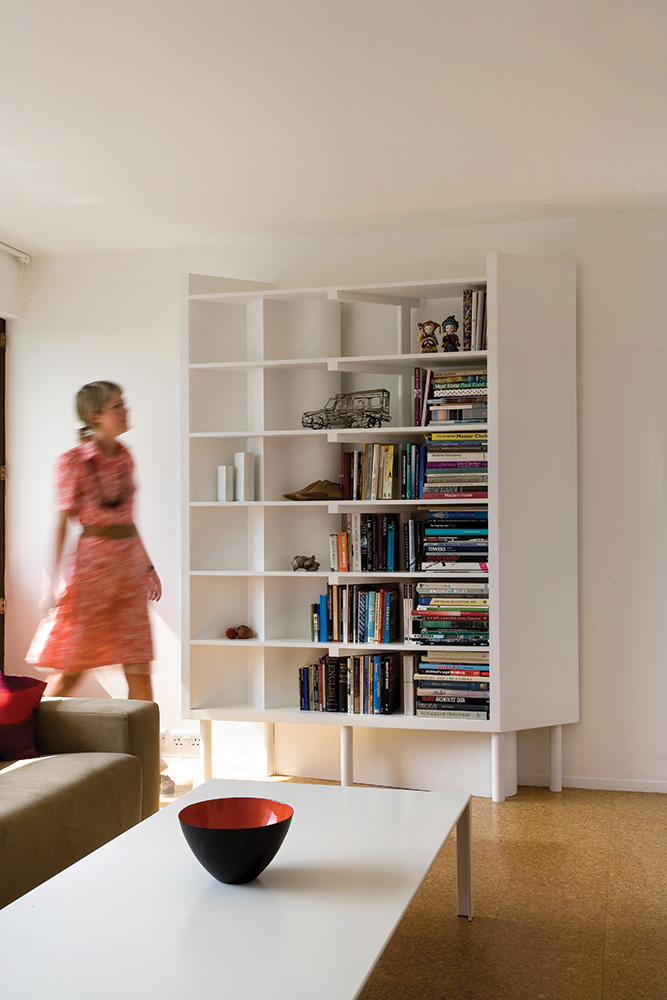 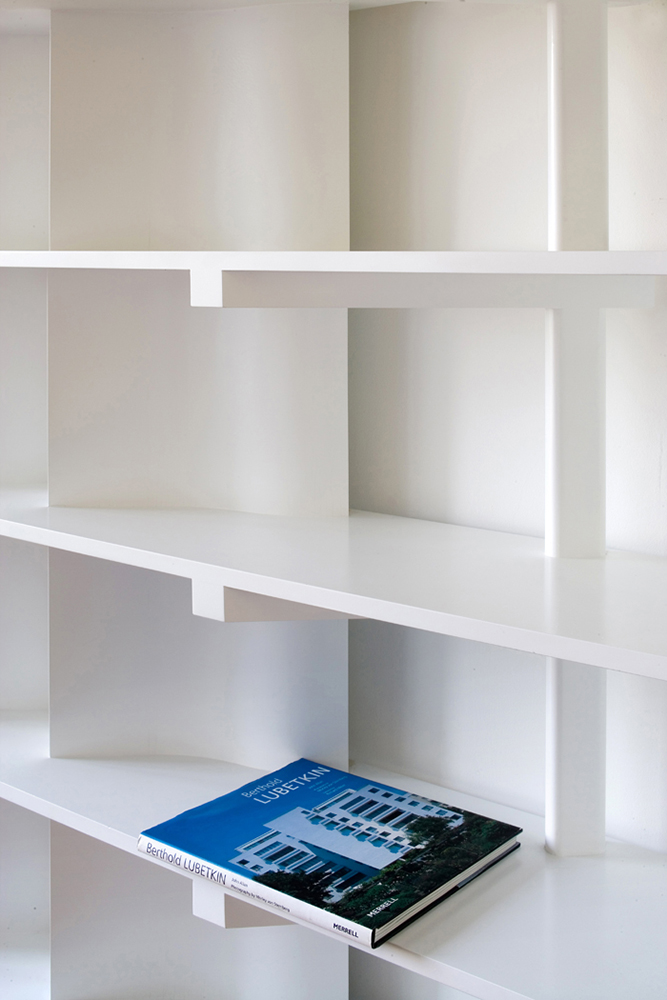 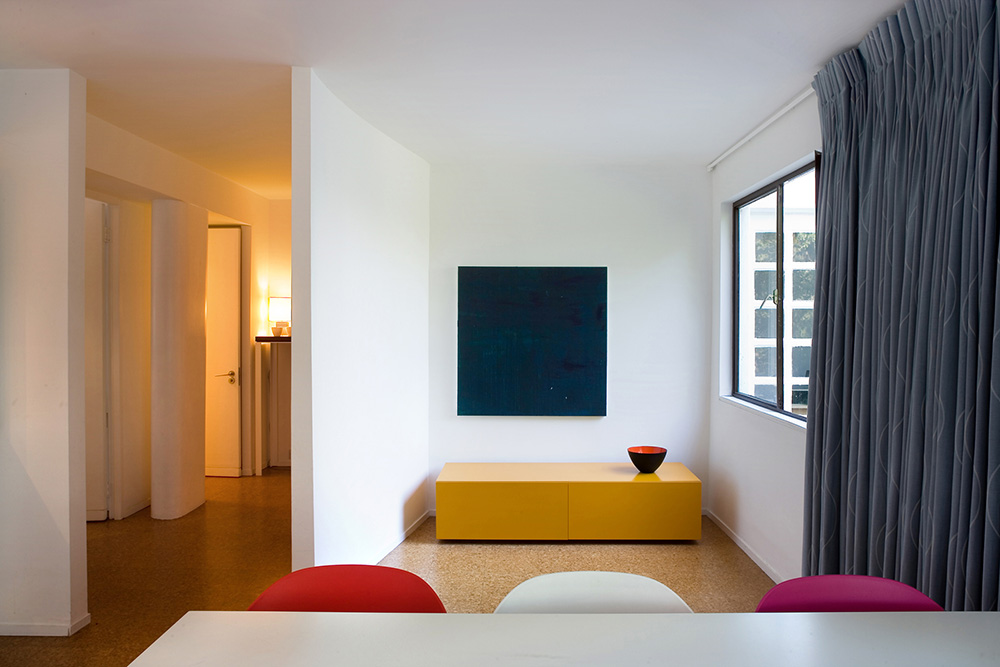